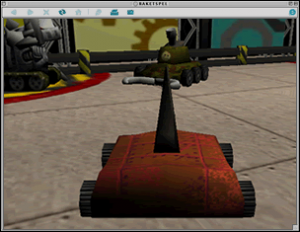 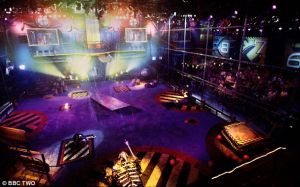 Studio is a map used in the older Swedish version of the game. There is almost no content at all available that even showcase the studio arena except for one known screenshot from an archived page of Raketspel.se.

The map was based on Robot Wars arena. This map featured house robots that was based on the house robots from Robot Wars. Sir Killalot would do a lot of damage if the player ran into him in his corner, SGT Bash would spew flames towards them if they got too close to his corner and Matilda would send her tusks out like a piston and fling you across the arena. It also featured a pit and when a robot lost by taking too much damage Sir Killalot would leave his corner and guide the loosing robot into the pit.